Beautifully situated overlooking Lake Storsjön, Östersund Ski Stadium is a competition arena for winter sports of high international class. Its location is unique with the city centre only 15 minutes’ walk and the airport 15 minutes’ drive away. The Ski Stadium has a biathlon arena and is lit to allow evening events to be televised and a permanent grandstand for 6,000 spectators.

There are exercise tracks, illuminated tracks and competition tracks that all start from the ski stadium. There is a car park and public waxing hut right next to the stadium. When you have finished your activity, you can take a sauna free of charge in Utsikten, located in the eastern part of the stadium, next to the Arctura restaurant. The exercise and competition tracks start and finish at the stadium’s track map. The ski tracks are linked together with Spikbodarna-Odensala-Torvalla.

Highlights of the 2016-2017 season include the Östersund Ski Festival, the Östersundsloppet race and the Swedish Scooter-Cross Championship. Read more here.

Tracks lit from dusk until 22.00.
Ski stadium also from 07.00 until daylight.
Waxing hut open in winter.

The waxing huts are located right next to the car park and service area. The waxing hut is open throughout the season. Here you’ll find tools to properly tighten bindings and a power point for irons. Some waxing huts can also be rented for shorter or longer periods. They have electricity and heating but no running water or drains.

Welcome to the Arctura Restaurant & Skybar. The restaurant is located 55 metres above the ground on the top floor of the ski stadium in Östersund. Here you can enjoy good food and liquid refreshments with a wonderful panorama over the Jämtland countryside.

+ The weather in Östersund 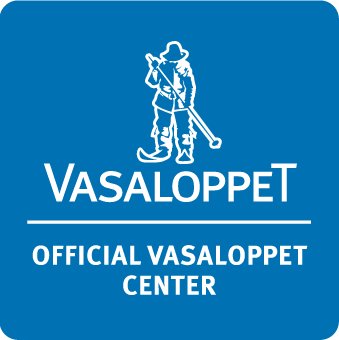 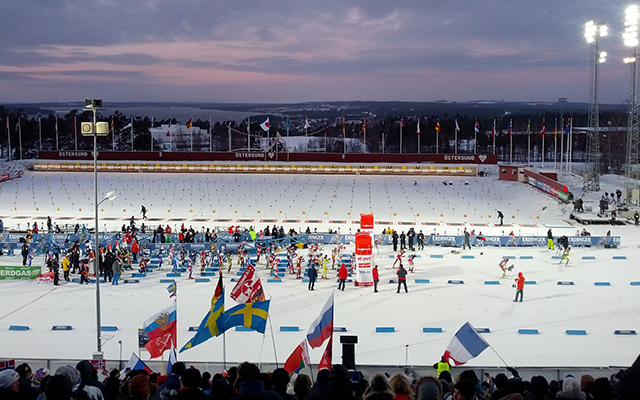 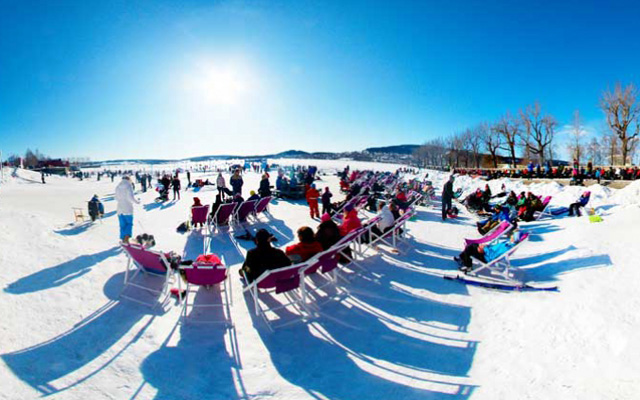 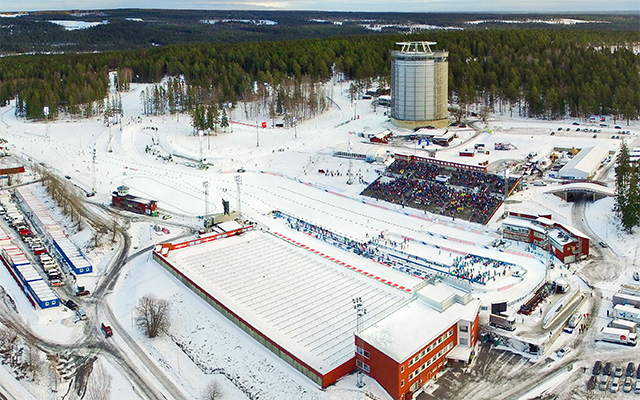 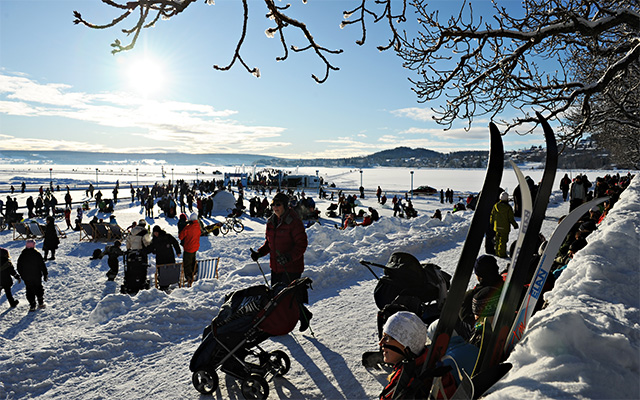 Winter sports have a long tradition in Östersund that has over the years arranged many world championships, world cup stages and Nordic championships. The proximity of the city centre to the stadium is unrivalled. The design of the ski tracks challenges both expert and leisure skier. Committed trainers make youth sport a healthy activity.